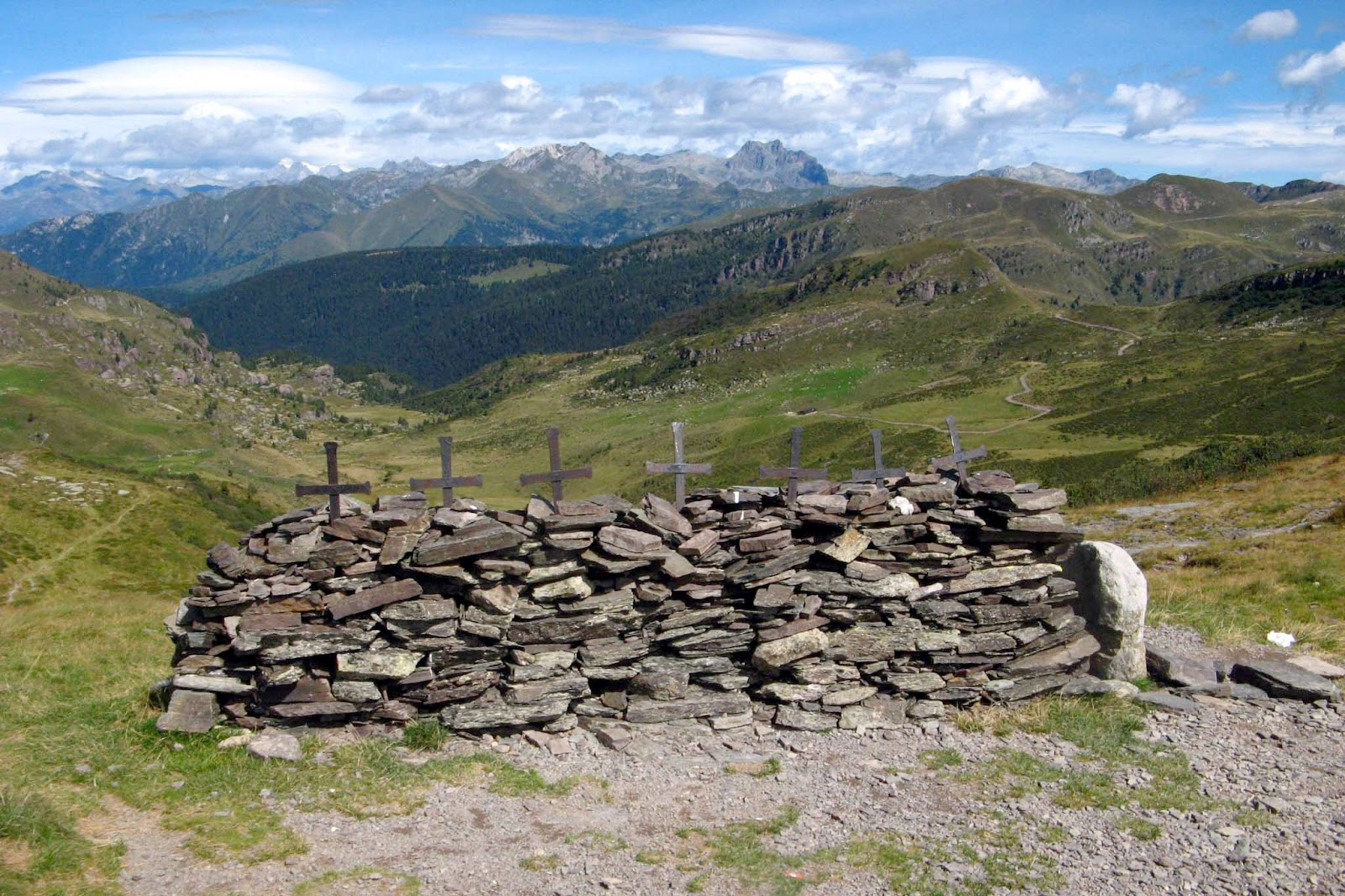 Leaving from Pian Delle Baste (2074mt) we go on towards Nicchia di S.Glisente (2002mt) and then up towards Monte Fra (2158mt) and down towards San Glisente (1956mt). The excursion develops initially on an easy road, then on a mule track and finally on a well marked path.

With a deviation to the right of the path 3V variant Bassa of the stretch Maniva-Colle di San Zeno, near Monte Crestoso, you can make this excursion rather long (about seven hours, round trip), but very scenic and quite easy, as the slopes are not excessive and are well distributed.

Leaving then the path 3V, after the descent from the Crestoso Pass (placed between the Crestoso and the Colombino Mount), it is possible to observe on the right the Nicchia di San Glisente, a natural rocky ravine surmounted by a small cross, that the legend wants to have been the Saint's meditation shelter.

We go up the steep slope of Monte Fra, on the side of ValGabbia, and keeping the altitude, after some ups and downs, we reach the Colma di San Glisente (2126 m), a particularly scenic point, with a beautiful "wind rose" that allows, on clear days, to recognize the beautiful mountains visible from that point.

Then a pleasant descent begins, with a constant view of the underlying little church of S. Glisente (1956 m); the ancient sacred building was a place of hermitage of the Saint until his death, occurred towards the end of the 8th century. In a room annexed to the church, the group of friends of San Glisente of Berzo Inferiore has obtained a small and spartan shelter, always open; it's worth a visit the ancient and suggestive crypt situated under the church itself, which can be reached through a narrow tunnel whose entrance is situated on the west side.