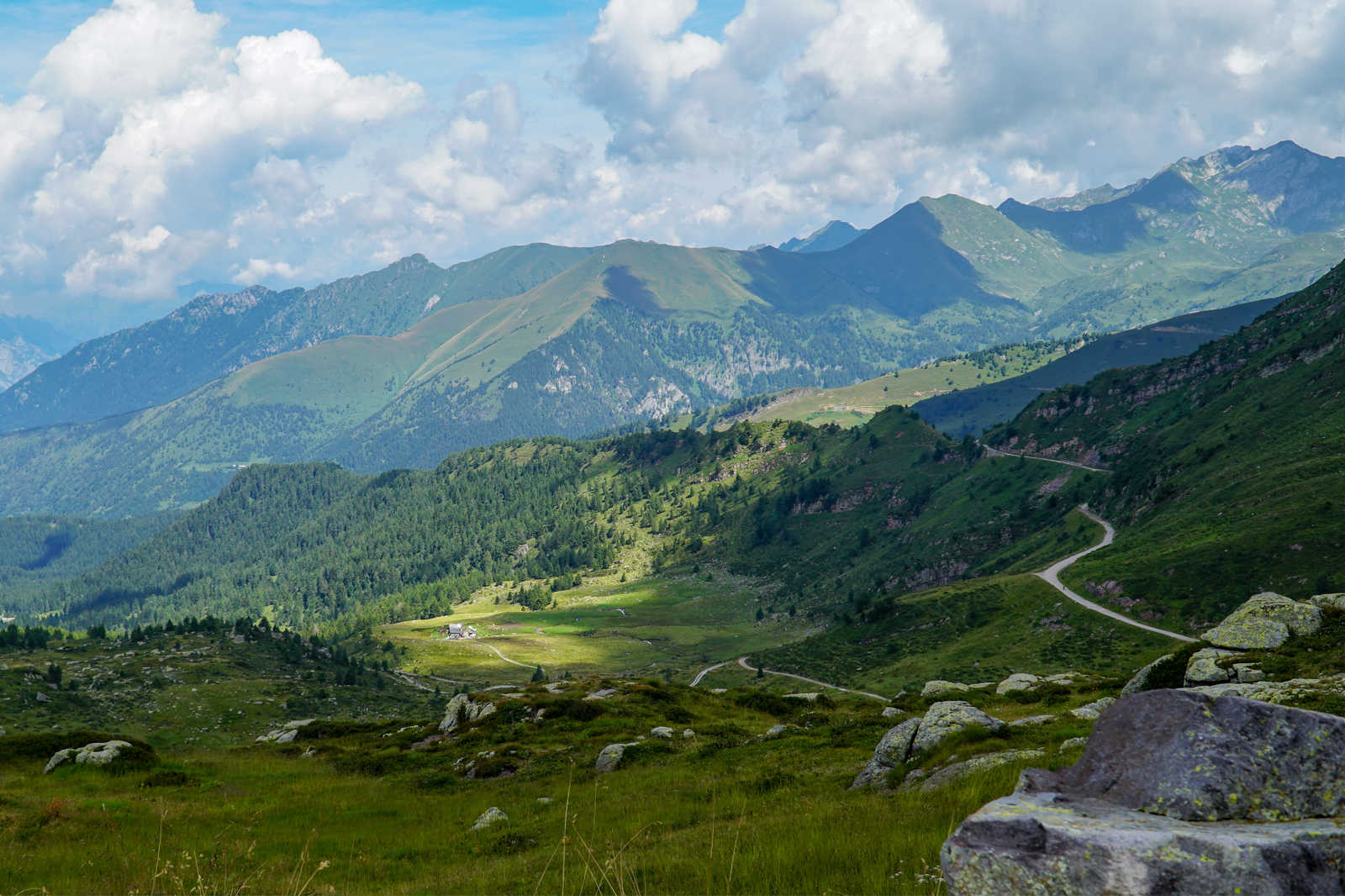 Starting point for these excursions is indifferently the Piazzale del Maniva or the Bonardi Restaurant. With this trekking, following the path 3V, the paths of the CAI, and the ex-military roads, it is possible to pass by all those artifacts and/or roads that constituted the third line of the front in the war 15/18. During the First World War, it is possible to retrace what constituted part of the network of roads that connected the third line of defense of the Italian army against the Austro-Hungarian army. There are no imposing works of fortification or particular war devices, as it is possible to find on the Adamello or in other places of the front line where the clash was real and bloody, but there are interesting works of road engineering, ammunition deposits in caves and military structures that housed observation posts and artillery.

The first excursion leads to the area of Dosso Alto which is climbed along the high variant of 3V (attention: this is for mountaineers). On the right there is a deep shaft whose war destination is unknown. When you reach the top, just below on the left, you can see the remains of a hut. The view on the Giudicarie valleys is wonderful and it is possible to catch a glimpse of the Fort of Cima Ora on the south-eastern side, which occupies the top of the mountain. From here you go down the ridge (path nr 407 of the CAI of Bagolino) that leads to the Malga Ciunela, where the trenches placed on several orders and partly armored and the caves for ammunition are still in excellent condition. The machine gun emplacements for frontal and flanking action in reinforced concrete. After visiting the military works, you take the path, also of military origin (you can see it from its path that follows the level lines) that leads to the Malga Dosso Alto, from where, after crossing the Baremone road and going up the slope in front, you reach Cima Caldoline. Here begins the "soldiers' road" (now the 3V) that cuts through Corna Blacca on the Triumplino side and reaches Pezzolina pass (see: military roads). The hairpin bends under Passo Portole, which mark the beginning of this path, are still those of the military period. The fortress is located in a dominant position on the ridge at 1548 meters above sea level, more to the north of the Cima Ora that directly overlooks the Passo del Maré, which can be reached by a slightly sloping path that goes around the peak and reaches the fortress by making 5 hairpin bends. From the top you have a wonderful view of Lake Idro. During the crossing of this beautiful road (you also pass through two beautiful tunnels) at the bottom, in a southerly direction, you can see the fort of Valledrane (Tremosine) that with the Cima Ora constituted the defense in case of breakthrough of the Valle Sabbia. Curiosity: both forts were never used. The return to Maniva can take place through the road of Dosso Alto (in dialect: corne de stabol). On holidays this stretch is crossed by countless people walking who enjoy the magnificent view of the upper Trompia Valley.

For the second part of the excursion, you go up just behind the Dosso Alto hotel along the road that leads to the cross, where there are trenches (just below the cross towards the piazzale) and the cannon emplacement next to the cross itself. Many trenches were still visible before the realization in the 70's of the piazzale sacrificed these memories. Once at the Bonardi (once the barracks of the 77th regiment), take the path that goes up from the back to the state road, a former military path and now 3V. After a few tens of meters on the state road, turn left and take the old state road, now abandoned but well recovered (there is a bar). This stretch of road can be a good walk for "non-hikers" as it is also suitable for families with strollers. It's really easy and allows you to see a road of the war period intact. Once you have walked all the way up, with a difference in height of about 50 meters, on the main road (there is no path) and then the "strollers" must retrace their steps. Going down a few meters along the road where you can see on the right the excellent panoramic point equipped with some tables and benches, you leave the paved road and climb to the left following the white / blue signs of 3V along the slope (the so-called Calve dei Zocchi). Through successive undulations you reach the round and panoramic summit of Dasdanino (artillery emplacements), a bump not indicated on the topographic maps but well known by ski mountaineers. Descending the hill it is possible to see on the left, leaning towards Collio, the stretch of road carved into the rock with excavation of 3 - 4 meters that will be used on the way back. Now follow the state road (to the right) until you reach the square "del Cici" (parking lot used by those who go down to the small lakes below for sport fishing).